wood, pigment, grass fibre, base A comparable mask collected in the early 1930s by a missionary in the Uige region, published in M. L. Felix, 2018, Cat.012 (AHDRC 0016290). Both masks wear the same crested hairstyle and are painted with bright indigo blue pigment. The Zombo are a small ethnic group. Their settlement area is on both banks of the River Inkissi in the border land between the Democratic Republic of Congo and Angola. Their neighbours to north are the Nkanu, and to the east their homeland reaches the territory of the Yaka. Probably the oldest illustration of a Zombo mask, in the form of a colour lithograph, dates from 1898 and was published by Frobenius (Plate IV, Fig. 40); the original mask is in the Tropenmuseum Amsterdam and is thought to have been collected before 1884. The first photograph of Zombo masks was made in 1903. Masks of the Zombo are closely linked to the male initiation society "nlongo". The initiation rites, also called "nlongo" or "nzo longo", commenced with the circumcision of the boys (between 20 and 50 in number and aged between eight and fifteen years). After the healing of wounds, the masks are carved and each of the initiates is given one. The making of the masks, which took place in the camp, must have been the task of a professional sculptor, employed for the duration of the "nlongo". He must have been assisted by the young initiates in the making of the costumes and of some parts of the mask, such as fiber beards. In the isolation of the secluded bush camp, the initiates learned the moral values and social structures which hold in the community, and were introduced into the religious world. This life in seclusion could last one to two years. During this time, the young men were only allowed to show themselves to their families hidden behind masks.They performed mask dances in exchange for which they were remunerated in money and other goods by the villagers. It seems very likely that dances of this type were held when the young men finally left the camp to tour the villages. This Zombo mask is similar in function to the kind known as "mweelu" among the Yaka in the "mukanda" context. Generally, it can be said that the Zombos artistic expression, mainly masks, are strongly influenced by the Yaka and their art works, which is mainly due to the history of the two ethnic groups. Already around the middle of the 16th century, after the Jaga wars, they became "Yakaized" and for some time paid tribute to the Kongo empire. In the late 18th century they regained their independence, but now in turn assimilated some Yaka groups into their empire. 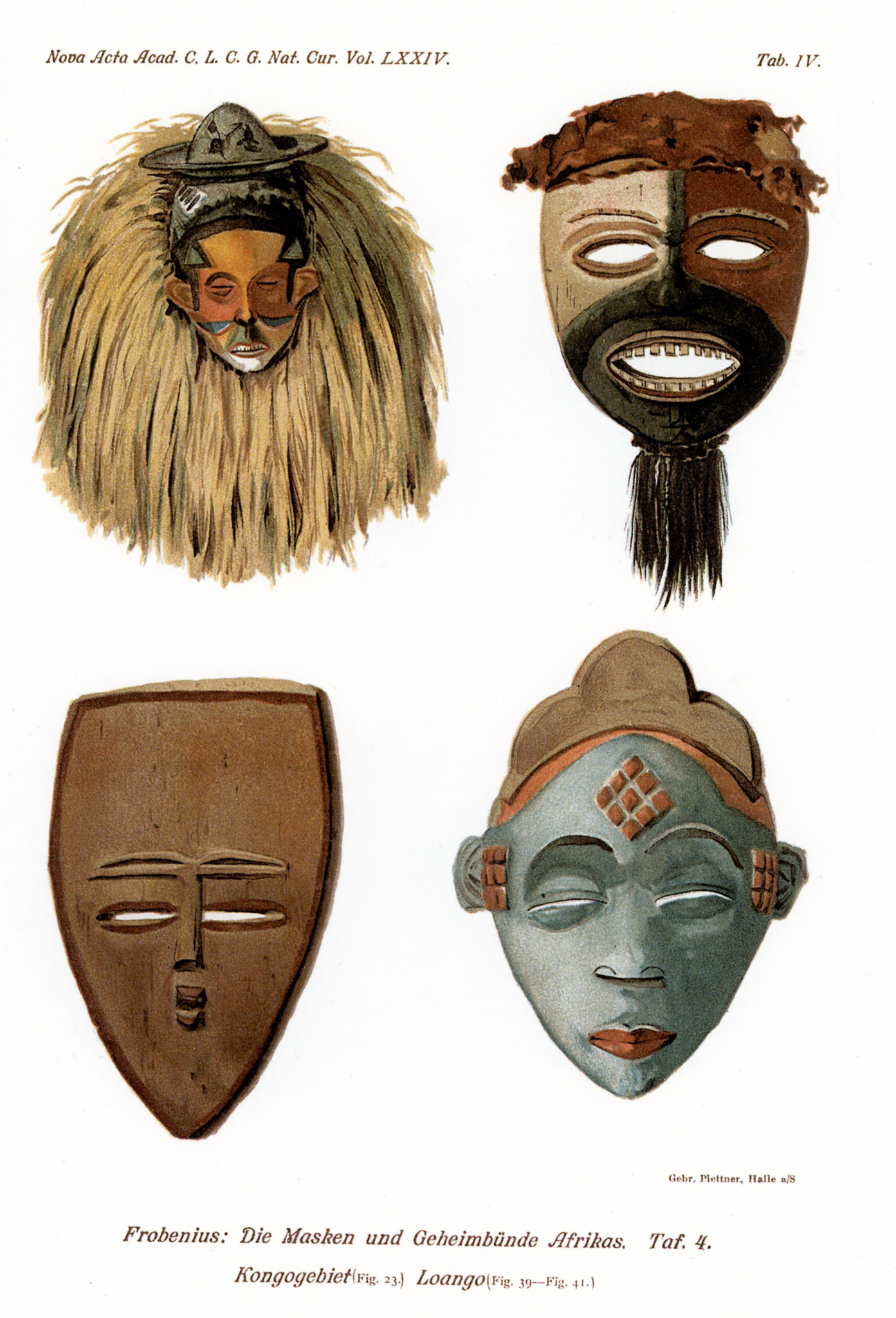 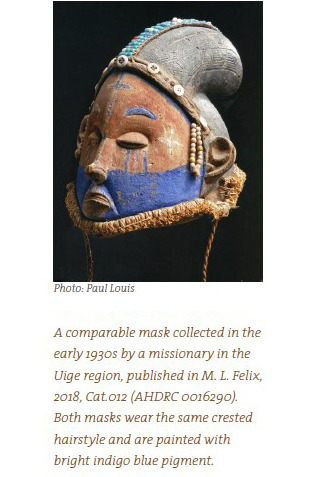