wood, blackened, on stool-like base, rest.

Roberts & Maurer attributed a stylistically comparable figure to a Tabwa workshop, which they located in Tanzania, on the east side of Lake Tanganyika, in the area of Ujiji (cf. Roberts & Maurer, 1985, p. 79, ill. 55). A subgroup of the Tabwa, who became known as the Ijiji, settled here.

In the Weltmuseum in Vienna there is a group of figures collected by the German Navy First Lieutenant Wunderlich, who was stationed in the Lake Tanganyika/ Lake Kivu region between 1914 and 1916. They were also located among the Tabwa or Ijij (AHDRC 0165985). 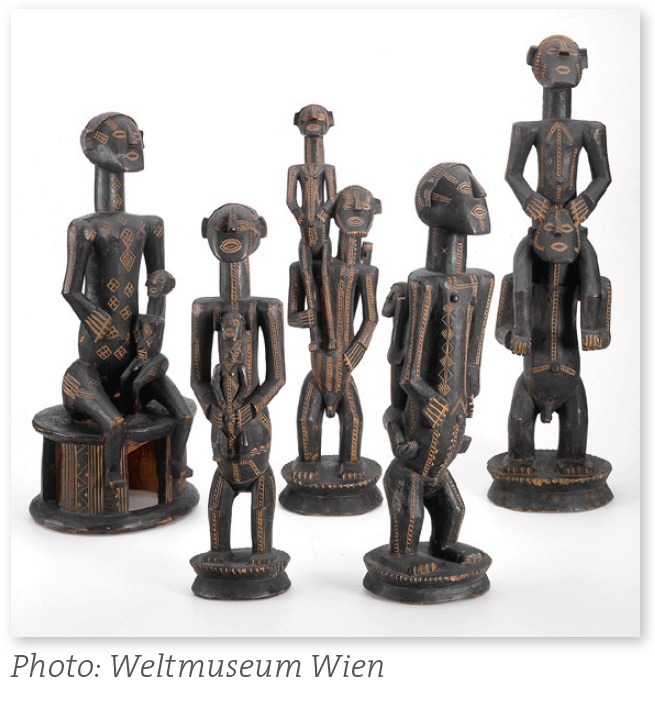