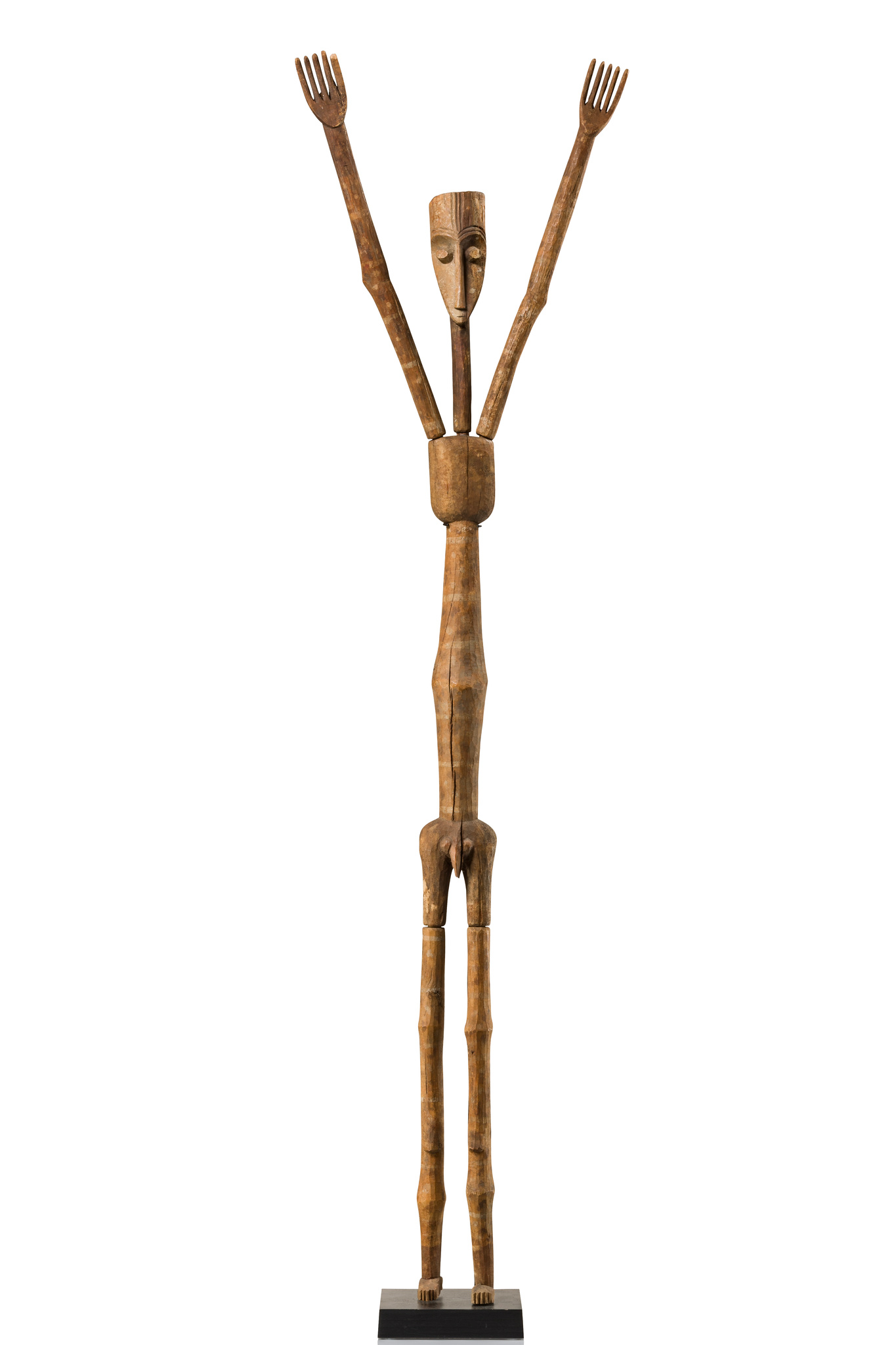 wood, six-piece, pigments (red, white, black), base The Lengola are a small cultural group living in the central eastern Democratic Republic of the Congo. The social and religious life of the Lengola society is controlled by different secret societies, with "bukota" being the most important one. "Bukota" consists of various different hierarchical positions, the most important members usually act as judges. The best known "bukota" figures are the nearly live-sized "ubanga nyama" sculptures. They were erected in the center of a village after the death of an important society member and are thought to represent the Lengola's founding ancestor, "suway". Such figures are rare and their exact function is unknown. Biebuyck suggests the figures served to receive offerings and invocations during their performance. The figures can be disassembled, possibly for storage purposes or portability, as they are used infrequently. Most of the figures are painted. Stylistically, Lengola figures share formal qualities with the art of their neighbors, the Lega. The distinctive treatment of the face, the concave heart-shaped and linear features is characteristic of both groups. These tall minimalist sculptures with outstretched limbs have exerted a great fascination on modern artists. For Georg Baselitz, an "ubanga nyama" figure was one of the most treasured in his collection. The figure is published by Heymer, Cologne,1990, fig. 111 (AHDRC 0028030). For another comparable figure, ex Dartevelle and Mestach, see AHDRC 0028025. 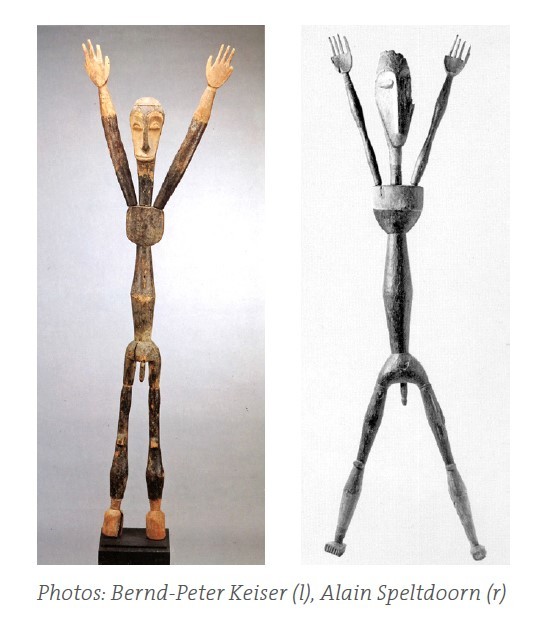