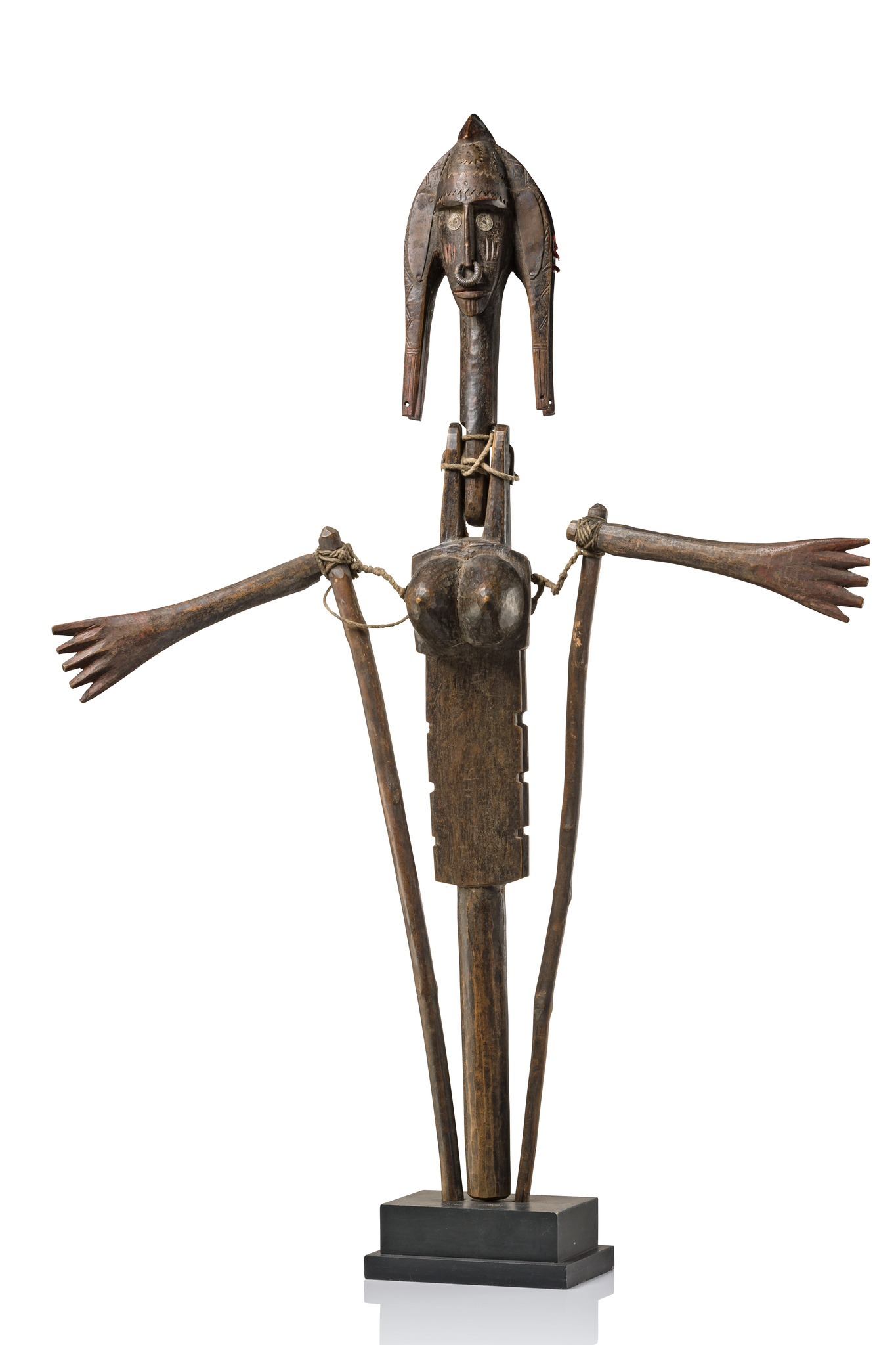 According to oral tradition, the puppet theatre "sogo bò" is said to date back to Bozo fishermen. Written sources (diary of Paul Soleillet, 1878-79) prove its origin in pre-colonial times. In the 19th century, the puppet theater was adapted by the Bamana from Segou and brought to new flowering.

Masks made of straw and cloth, which still appear at dance events today and which are considered the oldest characters, are said to date back to the Bozo fishermen. The large wooden rod puppets, on the other hand, were "developed" and produced by the Bamana blacksmiths in the second half of the 19th century. Over time, they were used by fishermen and farmers alike. Their sculptural style is identical, the distinguishing criterion is whether the puppets are used in a field farmer or a fisherman performance. Each group claims a different style of singing, dancing and music.

"Sogo bò" is closely linked to youth societies and is subject to the patronage of "kamalen ton", a society of boys coming from one village community. The puppet theatre is meant for entertainment "nyènajè". The puppets' performances are intended to be comical and make the audience laugh. At the same time, however, the theatre is an important instrument of knowledge transfer, which should teach young men and women special knowledge and rules of conduct and at the same time be an impetus for them to think critically and in a contemporary way about the views and values of their community.

For the puppet performances a small mobile stage is covered with cloths or grasses concealing the men inside. Puppets with movable heads and limbs poke out from the top and are made to twirl and dance.

The name of the theatre "sogo bò" means "The animals come forth". Because even in the late 20th century, masks of bush animals made up about two thirds of the mask repertoire of the "sogo bò" performances.