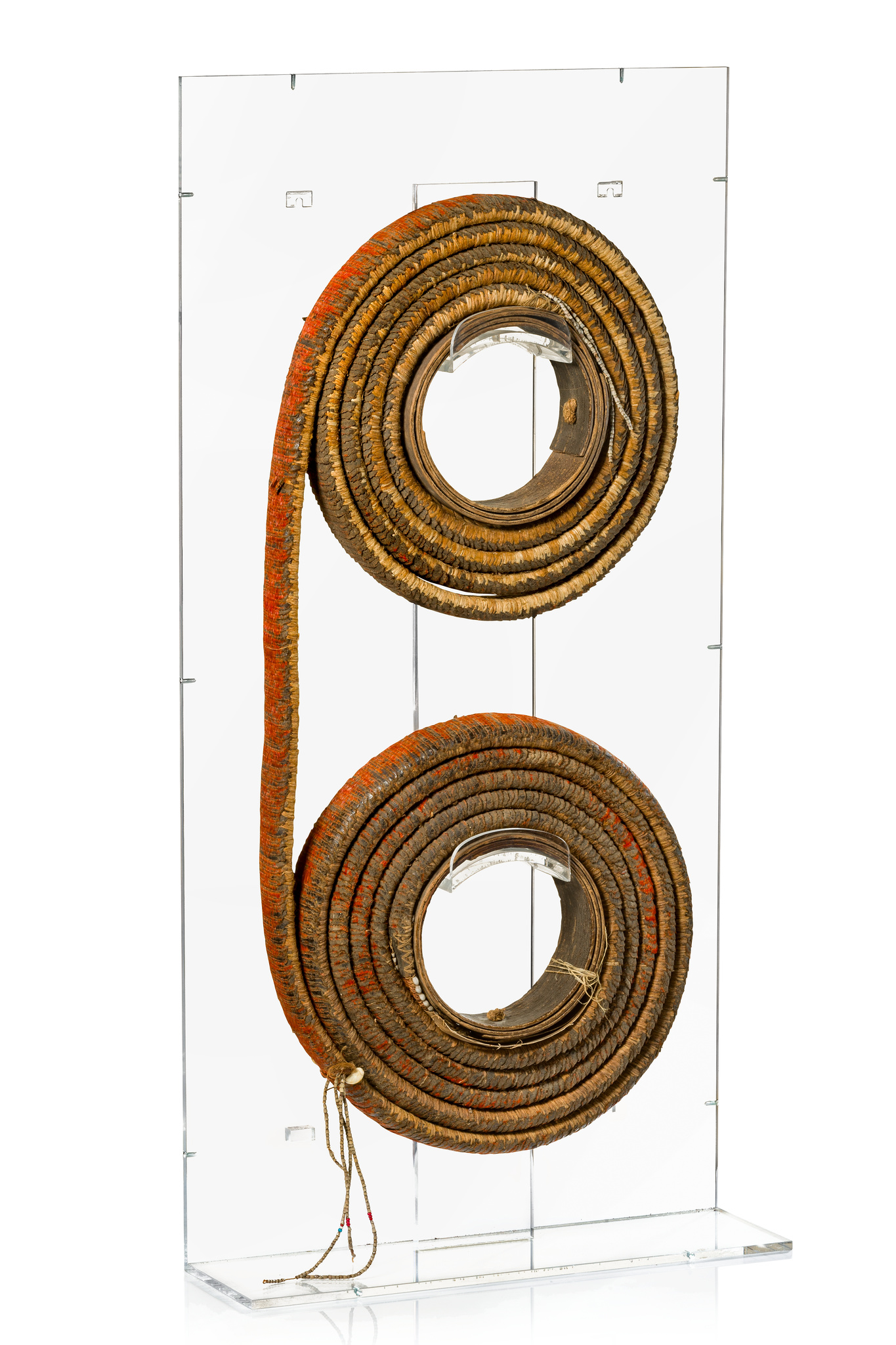 red feathers of the red-scarlet honey-eater, sap (glue), plant fibre, bark cloth, Job's tears, in acrylic display-case The original value of a new piece of feather currency was determined by its size and the richness of colour. Feathers from about three hundred honey sucker birds were used for each band, and the average length (ca. 4,5 m) involved five to six hundred hours of work. The feather money owed its high monetary value to the labor-intensive effort required to produce it. Traditional use of the feather roll as bride price continued until the 1970s. Men wishing to marry would usually be required to compensate the bride's father with ten rolls. Feather rolls were already scarce in 1911. In 1962 there were only found five makers in operation and in 1967 only two were left. Today the manufacture of feather rolls has completely ceased.

This object is subject to CITES. Please note that it can only be sent within the European Community. At the present time export in third countries is prohibited.
Add to watchlist