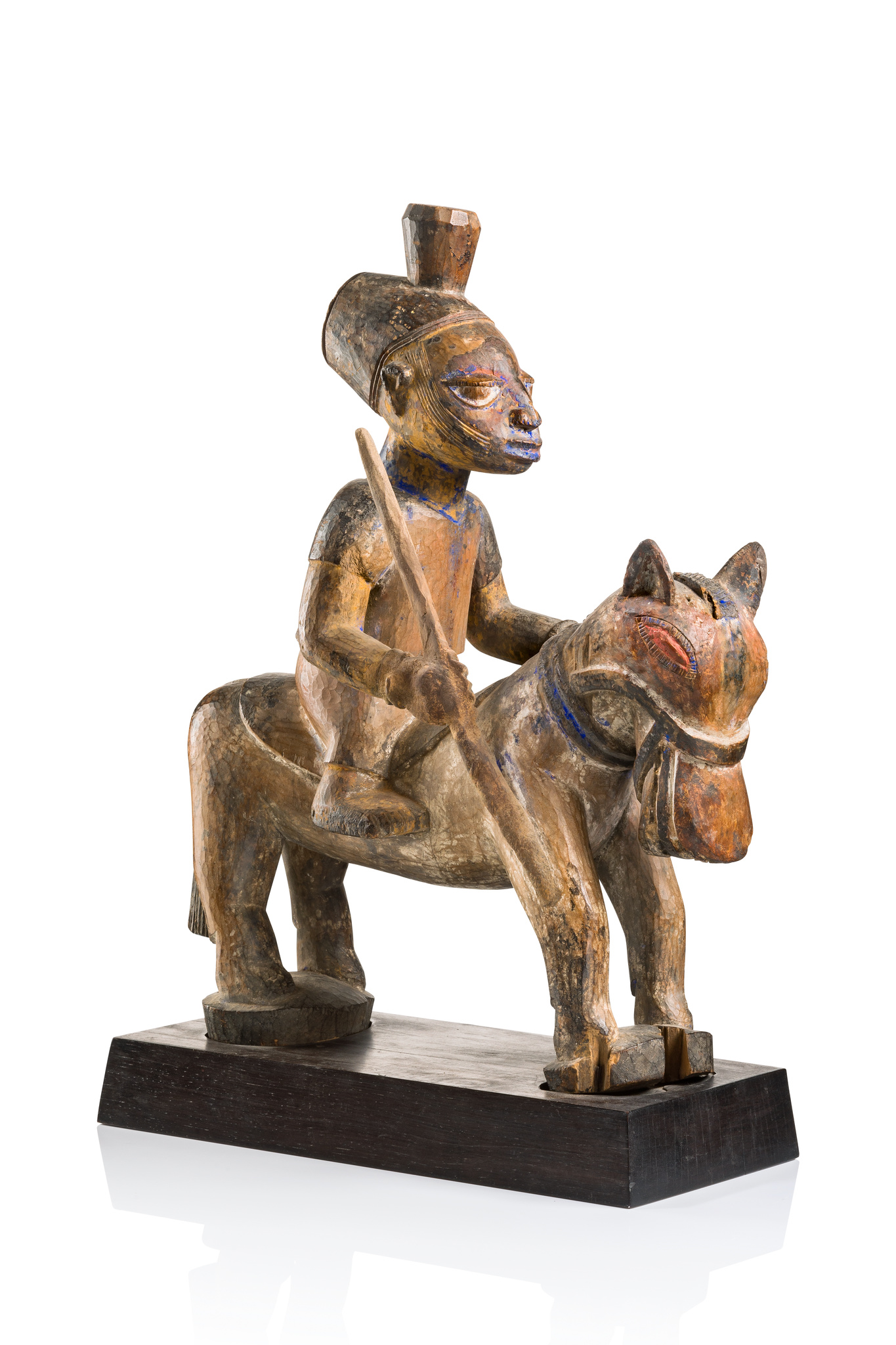 wood, remains of pigments (indigo blue and red), kaolin, base In Yoruba art, the equestrian image relates to the history of the Oyo Kingdom, which was invaded by the Nupe in about the mid-sixteenth century. In the late sixteenth century the Oyo, with the use of cavalry, reconquered the land and later expanded the kingdom. The equestrian became an image of power, human mastery over nature, and success in war and hunting. Equestrian figures adorn "agere ifa" bowls, the magnificent veranda posts of the Yoruba or the large scale masks for the "epa" festival. Here they are to be understood as representation of the hunter and warrior "jagun-jagun" or as representation of the supreme ruler, the "oba" himself, whose authority is like that of the "orisa", the gods of the Yoruba pantheon. The rider figures are next to the mother-child figures, the second central theme in the art of the Yoruba. Together, these themes refer to the dual basis of Yoruba society: the covert power of women to give birth and the overt physical power of men to build and protect society.