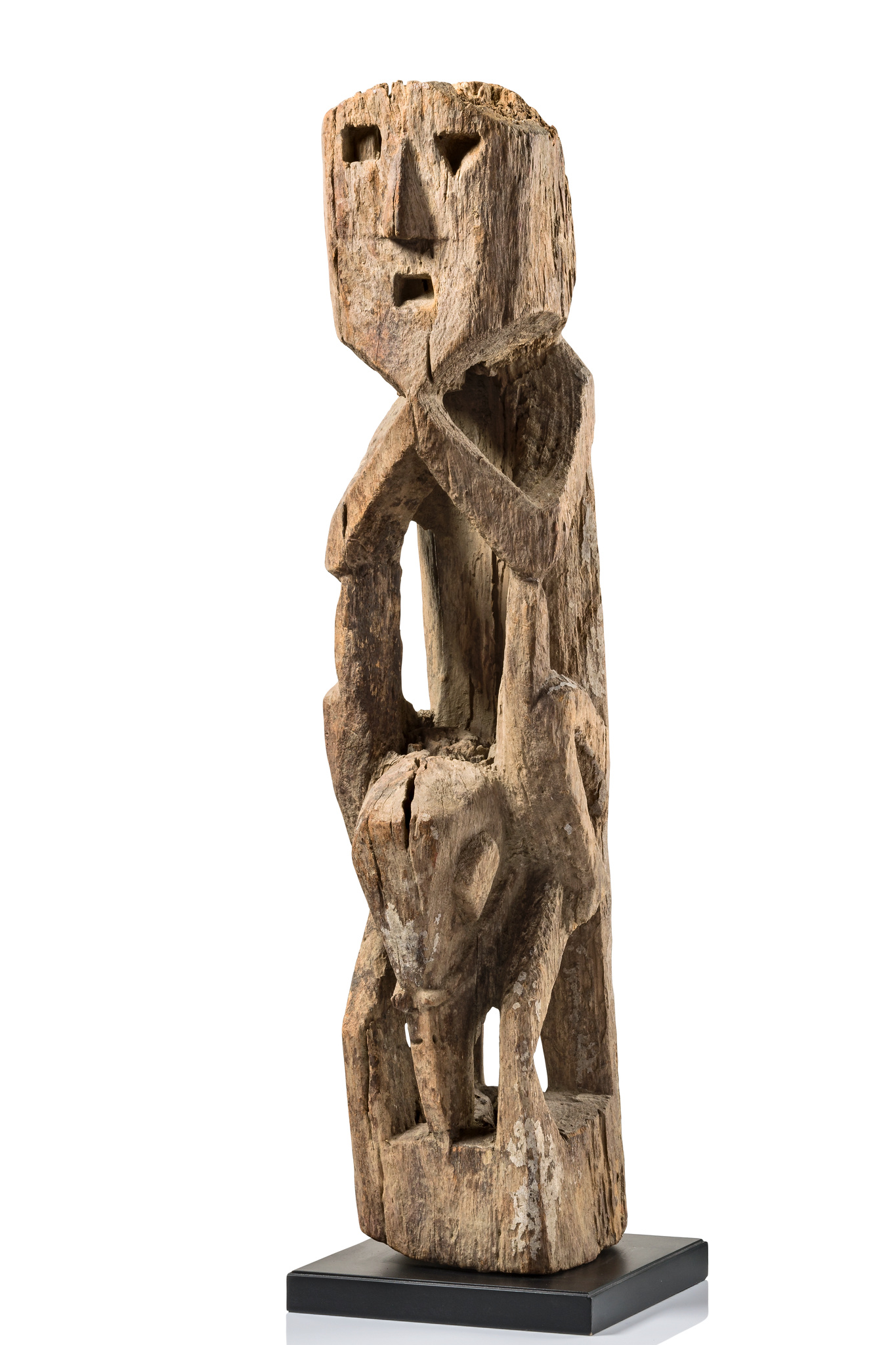 heavily eroded wood with remains of white painting, base

This figure is depicted sitting on an elephant. According to Goy, the
motif of the horseman is frequently used by carvers of the Jumla area
(district in Karnali province) to depict dignitaries. As a crowning
feature on high posts, equestrian figures were used to protect bridge
crossings, as evidenced by a photograph by G. Krausskopf (Goy &
Krauskopff, Milan 2009, pp. 70 f., ill. 47-48).

Until today this archaic wooden sculptures are carved and dedicated by shamans.

They can be found in a wide variety of places, in shamanistic temples or on house roofs, at passes, crossroads, the confluence of rivers, near springs or in fields.

The figures serve as protective deities who are supposed to protect people from all evil and from all dangers. Placed at bridges, they ensure the purity of the water and safe passage. At crossroads, where nefarious spirits congregate, they protect travellers and bring luck for their undertakings. Planted in fields, they are to watch over the earth and the grain.

Shrines dedicated to the ancestors are found at the edges of villages. They take the form of simple shelters with gabled roofs. Inside, dozens of figures can be found heaped up. Often the seated or upright figure has its hands folded in prayer.