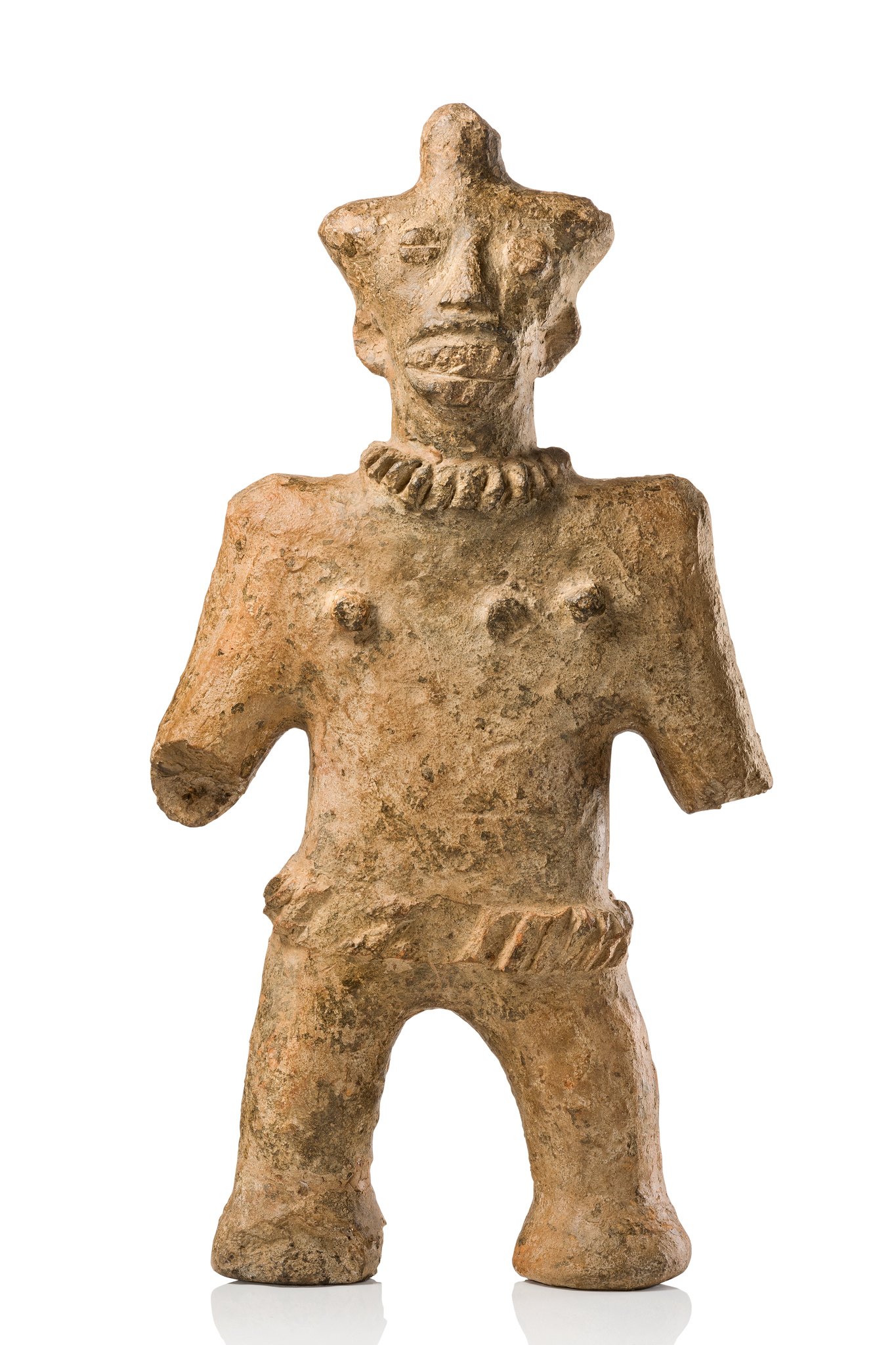 fired clay / ceramic, rest., custom mount (M: 73 x 40 cm) A comparable figure shown in Lebeuf (1977) as ill. 61 and on the cover (AHDRC 0012228). Cultures living in the Lake Chad region of what is today Nigeria, Cameroon, and Chad have created figures in terracotta for nearly 2000 years, but it was largely in the 12-13th centuries that they began producing large numbers of anthropomorphic and zoomorphic figures which appear to have been used in burial contexts. 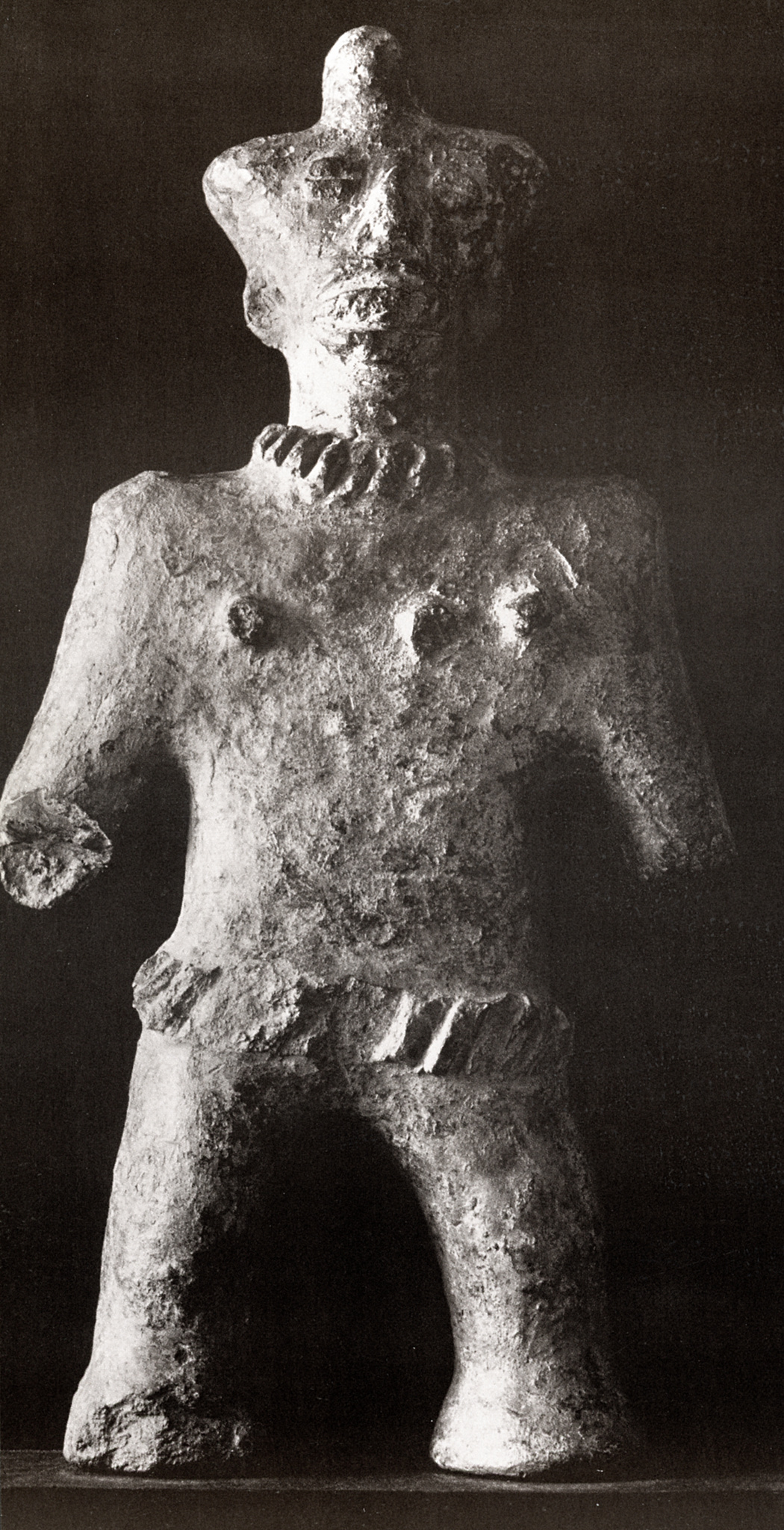